Newark
Newark was founded by Scots-Irish and Welsh settlers in 1694. The town was officially established when it received a charter from George II of Great Britain in 1758. Schools have played a significant role in the history of Newark. A grammar school, founded by Francis Alison in 1743, moved from New London, Pennsylvania to Newark in 1765, becoming the Newark Academy. Among the first graduates of the school were three signers of the Declaration of Independence: George Read, Thomas McKean, and James Smith. From WIKI

Mr. Chew
One of the Commissioners appointed by Lord Baltimore to settle the boundary dispute between Maryland and Pennsylvania. Also, see pages 297 & 327.

John Bird
The creater of many astronomical instruments at Greenwich and a member of the Royal Society. He recommended Dixon for the surveying of the Pennsylvania/Maryland line, built the sector used by M&D, and made Darkening Nozzles for M&D's telescope. See WIKI

Maskelyne
English astronomer who was appointed Astronomer Royal in 1765; he was also an ordained minister; his sister Margaret married Baron Robert Clive of Plassey (aka "Clive of India") in 1753. Biography of Maskelyne; History of Mathematicians - See page 74.

At the very moment he was elevated, I lay flat upon a Back that for all I knew was broken, in a desert place in New Jersey
"i.e. after his fall from his horse at 408.18." -- Pynchon-L: Dinn's Notes

Bliss
The Reverend Nathaniel Bliss (28 November 1700 – 2 September 1764) was a noted English astronomer of the 18th century, serving as Astronomer Royal between 1762 and 1764. Bliss was born in the Cotswolds village of Bisley in Gloucestershire and studied at Pembroke College, Oxford. He graduated B.A. in 1720 and M.A. in 1723.Rector of St Ebb's church in Oxford, he succeeded Edmond Halley as professor of geometry at Oxford University in 1742 and was elected a Fellow of the Royal Society the same year. He succeeded James Bradley to become the fourth Astronomer Royal in 1762. From Wikipedia.

slither'd
On page 135, Maskelyne, speaking to Mason on St. Helena: "Serpent, Worm, or Dragon, 'tis all the same to It, for It speaketh no tongue but it own. It Rules this Island, whose ancient Curse and secret Name, is Disobedience."

Mr. Harrison, and his Chronometer
English horologist who invented a timekeeper (chronometer) capable of compensating for errors due to variations of climate, thus solving the problem of determining longitude at sea and finally claiming the huge prize offered by the government. See page 201.

the order of Aberration, nor Nutation
Aberration:

Nutation: "an oscillation of the axis of a spinning body. Now usu spec a variation in the inclination of an axis from the vertical,esp that which makes the precession of the Earth's poles follow a wavy rather than a circular path." Pynchon-L: Dinn's Notes

Eeeh, City Matters
Dixon is referring back to Mason's comment about 'a woman' with a comic inversion of a well-known vulgar pun:

Shakespeare is using the embedded 'cunt' sound in 'country' for suggestive effect. 'Nothing' was also Elizabethan slang for female genitalia. 'Country Matters' was and is a synonym for sex, but so inoffensive that H.E. Bates used it as a title for a collection of romantic short stories. 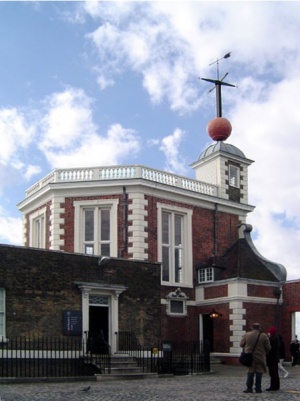 Christopher Wren was, of course, an interesting fellow: "Sir Christopher Wren, (20 October 1632 – 25 February 1723) was a 17th century English designer, astronomer, geometer, and the greatest English architect of his time. Wren designed 53 London churches, including St Paul's Cathedral, as well as many secular buildings of note. He was a founder of the Royal Society (president 1680–82), and his scientific work was highly regarded by Sir Isaac Newton and Blaise Pascal." -- Wikipedia

Note that a couple of deadly devices are described in similar ("Octagon") terms: the Octuple Gloucester (big cheese on page 137) and "The octagonal Barrel" of the rifle that M&D consider swapping for a Tub on p. 428.

Let him fear to stay up for stars that culminate too late
culminate: "The attainment of the highest point of altitude reached by a heavenly body; passage across the meridian; transit." -- Wiktionary

Note that there are three astronomical terms used on this page; consider, with a grain of salt, these possible double entendres, all reflecting Mason's thoughts regarding Maskelyne's appointment:

Morton
Secretary of the Royal Society at time of M-D Line.

The last three A.R.'s were all Oxford men
List of Astronomer Royals (A.R.s) (per Wikipedia):

The University of Oxford (informally Oxford University, or simply Oxford), located in the UK city of Oxford, is the oldest surviving university in the English-speaking world. It is also regarded as one of the world's leading academic institutions. Although the exact date of foundation remains unclear, there is evidence of teaching there as far back as the 11th century. The University grew rapidly from 1167 when Henry II banned English students from attending the University of Paris. From WIKI

Sizar
A sizar was one of a body of students in the universities of Cambridge and Dublin, who, having passed a certain examination, were exempted from paying college fees and charges. A sizar corresponded to a servitor at Oxford. The sizar paid nothing for food and tuition, and very little for lodging. They were probably so called from being thus employed in distributing the size, or provisions. From Wikipedia

another bonny mess
Reference to Laurel and Hardy ("That's another fine mess you've gotten us into!")?

a Page, enclos'd with the letter, clipp'd from the Gentlemen's Magazine of the December previous
Dixon is holding a poem entitled "GREENWICH HOY! Or, the ASTRONOMIC RACERS" authored by "C.P." and published on pages 594-595 of the 1764 volume (December section) of The Gentleman's Magazine (i.e., "man" not "men") was "the first general-interest magazine, and the most influential periodical of its time" (Wikipedia).

A transcription of the poem can be found on Greenwich Hoy!.

there were, it seems, ten, competing for the job,- Betts, Bevis, Short...so on
Note the alphabetical listing.

Maltster - "A person whose occupation is making malt" - the OED online

Surely, with angst, maltster is one of few words in the English language with four back-to-back consonants?* Borsch ties, but it's Russian, technically? See, also, Quadriliteral in Wikipedia and A Collection of Word Oddities and Trivia.

Halley was a Soap-boiler's Son
Halley, Dr. Edmund (1656-1742) - English astronomer & mathematician; in 1676 he went to St. Helena to make the first catalogue of the stars in the southern hemisphere; he was the first to recommend observing the Transit of Venus to determine the sun's parallax; he predicted the return of the comet that was thereafter named for him (see, also, page 131). WIKI

And I'd friends in the Company [...] roughly how Sam Peach and Clive of India might sort out upon the Company's own Chain of Being
"The East India Company, that is. and although Mason was Sam Peach's 'parrtickular Friend' (203.30) certain gloating commentators might have argued that the position of Mason relative to Peach was equally as influential on the outcome" -- (Dinn's Notes on the Pynchon-L)

And if you haven't already done so, see Chain of Being, Great. Also, see page 417.

Were I thee, I should
Is Dixon switching to a formal tone here?

Sinister Alfonso... Giuseppe... here is the true Italian Art
Opera: During the eighteenth century artistic and cultural life in Italy was heavily influenced by the aesthetic and poetic ideals of the members of the Accademia dell'Arcadia. The Arcadian poets introduced many changes to serious music drama in Italian, including:

1. the simplification of the plot
2. the removal of comic elements
3. the reduction of the number of arias
4. a predilection for plots drawn from ancient Classical or modern French tragedy, in which the values of loyalty, friendship and virtue were extolled and the absolute power of the sovereign was celebrated. From WIKI


Not sure if the names used here are referring to a specific opera, or not. The names are fairly general in the field.

born in a Drift, a Corf for my cradle, and nought but the Back-shift for Schoolmasters there