Musketoon
The musketoon is a shorter barrelled version of the musket, and served in the roles of a shotgun or carbine. Musketoons could be of the same caliber as the issue musket, or of a much larger caliber, 1.0-2.5 inches (25-63 mm). The musketoon is most commonly associated with naval use, and pirates in particular, though they also served in a carbine role with cavalry. Musketoon barrels were often flared at the muzzle, resembling a cannon or blunderbuss. From WIKI

Beaver Bourguigon
Would be a stew using Beaver meat and red wine (classically Burgundy), along with classic French aromatic veggies like onion, carrots, celery, as well as bacon/ham, spices, etc. Beaver meat is edible and nutritious, but hard to prepare - greasy, gamey and tough.

the Eucharistic Sacrament and the practice of Cannabalism
In the early days of Christianity, to outsiders, it was just another "mystery religion" - in fact, because of their ritual with the Sacrament (and the belief involved), through rumors, it spread that they were indeed practicing cannabalism, even eating babies.

Brook Taylor... "On the Lawfulness of Eating Blood"
Brook Taylor FRS (18 August 1685 – 30 November 1731) was an English mathematician who is best known for Taylor's theorem and the Taylor series... Taylor was elected a fellow of the Royal Society early in 1712, and in the same year sat on the committee for adjudicating the claims of Sir Isaac Newton and Gottfried Leibniz, and acted as secretary to the society from 13 January 1714 to 21 October 1718. From 1715 his studies took a philosophical and religious bent. He corresponded, in that year, with the Comte de Montmort on the subject of Nicolas Malebranche's tenets; and unfinished treatises, On the Jewish Sacrifices and On the Lawfulness of Eating Blood, written on his return from Aix-la-Chapelle in 1719, were afterwards found among his papers. From WIKI

Haute Cuisine
Haute cuisine (French: literally "high cooking") was characterised by French cuisine in elaborate preparations and presentations served in small and numerous courses that were produced by large and hierarchical staffs at the grand restaurants and hotels of Europe. The 17th century chef and writer La Varenne marked a change from cookery known in the Middle Ages, to somewhat lighter dishes, and more modest presentations. In the following century, Antonin Carême born in 1784, also published works on cooking, and although many of his preparations today seem extravagant, he simplified and codified an earlier and even more complex cuisine. From WIKI

arts of the Poisoner
The Poison Affair (affaire des poisons or Affair of the Poisons) was a murder scandal in France during the reign of King Louis XIV. It launched a period of hysterical pursuit of murder suspects, during which a number of prominent people and members of the aristocracy were implicated and sentenced for poisoning and witchcraft. From WIKI

Haimo of Halberstadt
Haymo or Haimo (died 853) was a German Benedictine monk who served as bishop of Halberstadt, and was a noted author... An extant passage from his writings, relating to the Holy Eucharist, shows no substantial difference between his belief with regard to the Real Presence, and that of the other Catholic theologians. From WIKI

genuine Damascus Steel
Damascus steel is a steel used in Middle Eastern swordmaking from about 1100 to 1700 AD. Damascus swords were of legendary sharpness and strength, and were apocryphally claimed to be able to cut through more "ordinary" European swords and even rock. The exact technique used to create original Damascus steel is up for debate. The general term "Damascus" refers to metal with a visible grain pattern, sometimes with a texture. Modern Damascus is a lamination of folded steels selected with cosmetic qualities, with grinding and polishing specifically to expose the layers. True Damascus patterns are formed when carbon trace elements form visible swirls in the steel mix. These elements change properties when the steel is work hardened (forged), creating the patterns. From WIKI

Frowline
An English rendering of "fraulein", German for 'girl'.

two Daws upon a Roof-top
A daw is a bird that is in the same family as the crow; they like to nest in towers and ruins and such; also known as a jackdaw

the great Figg
James Figg (February 1684 – 7 December 1734) was a British bare-knuckle boxer. He is universally recognized the first English bare-knuckle boxing champion, reigning from 1719 to 1730 or 1734. Figg was also a great fencer. From WIKI

old Spadroon
The Spadroon is a light sword with a straight blade of the cut and thrust type. The style became popular among military and naval officers in the 1790s, spreading from England to the United States and to France, where it was known as the épée Anglaise. Hilts were often of the beaded or "five-ball" type with a stirrup guard. A spadroon blade usually had a broad, central fuller and a single edge, often with a false edge near the tip. Spadroons can also be double-edged as well. From WIKI

Moiré effect
In physics, a moiré pattern is an interference pattern created, for example, when two grids are overlaid at an angle, or when they have slightly different mesh sizes. From WIKI

momentarily visible
OK, so what's up with Haligast (and his following quote here)? Is he a gnome, elemental, a spirit? His name, haligast, is where we get "Holy Ghost". So I'm thinking he is some sort of spirit? See pages 366 & 373 as well.

Leyden Pile
I believe this is a reference to the Voltaic Pile (which hadnt happened yet, though the Leyden jar had): A voltaic pile is a set of individual Galvanic cells placed in series. The voltaic pile, invented by Alessandro Volta in 1800, was the first electric battery. Building on Galvani's 1780s discovery of how a circuit of two metals and a frog's leg can cause the frog's leg to respond, Volta demonstrated in 1791 that when two metals and brine-soaked cloth or cardboard are arranged in a circuit they produce an electric current. In 1800 Volta literally piled up several pairs of alternating copper (or silver) and zinc discs (electrodes) separated by cloth or cardboard soaked in brine (electrolyte) to increase the electrolyte conductivity. When the top and bottom contacts were connected by a wire, an electric current flowed through the voltaic pile and the connecting wire. From WIKI 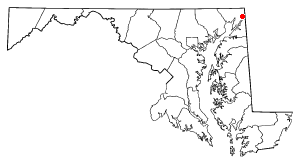