Innings
By extension, the time during which any party is in possession of power; a turn of any kind. Always pl. in Great Britain. From WIKI

Retributive Poultrification
Revenge by chickening out?

eight-pointed Star
Dixon's original can be seen here at the LOC or here:UMCP2.jpg on the bottom right , representing N/S/E/W as well as NW/NE/SE/SW.

Fleur-de-Lis... 'Flower-de-Luce'
Dixon's original can be seen here at the LOC or here:UMCP2.jpg on the bottom right , also see WIKI for background.

Tramontane
Tramontane is a classical name for a northern wind. The exact form of the name and precise direction varies from country to country. The word came to English from Italian tramontana, which developed from Latin trānsmontānus (trāns- + montānus), "beyond the mountains/across the mountains", referring to the alps in the North of Italy. The word has other non-wind-related senses: it can refer to anything that comes from, or anyone who lives on, the other side of mountains, or even more generally, anything seen as foreign, strange, or even barbarous. From WIKI

"Much more likely Twins, ever in Dispute,- as the Indians once told us the Beginning of the World."
Here Mason is verifying that they heard the Indian tale of the Spiderwoman and the Twins. See page 315.

the Line... after its Copper-Plate 'Morphosis
Copperplate refers to the use of inscribed sheets of copper in printing. The engraved or etched sheets of copper are inked and then have paper rolled over them to produce a copy. From WIKI

their Third Interdiction
Possibly a reference to Peter's denying his knowing Jesus three times? Related to the three crossings of Dunkard Creek to continue the Line? See page 673.

willow-bark powder... Revd Mr. Edmund Stone
Reverend Edward Stone (1702-1768) was a Church of England Rector who discovered the active ingredient of Aspirin... Edward Stone's letter to the Royal Society was published in the Philosophical Transactions for 1763 with the heading "...from the Rev. Mr. Edmund Stone of Chipping Norton in Oxfordshire." At the end of the letter his name was properly transcribed as Edward Stone, but even in his lifetime he was sometimes confused with a man of mediocre abilities who had the similar name Edmund Stone. From/See WIKI

Rugae
Rugae is a term used in anatomy that refers to a series of ridges produced by folding of the wall of an organ. From WIKI

writing about Mr. Twiford's seat upon Nanticoke
John Twiford's home on the Nanticoke river. From Mason's journal: Situated on the most Rural and delightful Banks of River Nanticoke. Here is the most pleasing Contemplative View I've ever seen in America; the River makes a turn from the Southward to the Eastward nearly at Right Angles and not one House to be seen for 4 Miles: But Nature's genuine produce of Pine and Cedar on both sides its rural Bank's, for which Ships resort from all parts to supply distant Climes destitute of so great a blessing.

As for Lady Montagu, in regard to Pope: Before starting for the East she had met Alexander Pope, and during her absence he wrote her a series of extravagant letters, which appear to have been chiefly exercises in the art of writing gallant epistles. Very few letters passed between them after Lady Mary's return, and various reasons have been suggested for the subsequent estrangement and violent quarrel. The last of the Letters during the embassy to Istanbul is addressed to Pope and purports to be written from Dover on 1 November 1718. It contains a parody on Pope's Epitaph on the Lovers struck by Lightning. The manuscript collection of these letters was passed round a considerable circle, and Pope may have been offended at the circulation of this piece of satire. Jealousy of her friendship with Lord Hervey has also been alleged, but Lady Louisa Stuart says Pope had made Lady Mary a declaration of love, which she had received with an outburst of laughter. In any case Lady Mary always professed complete innocence of all cause of offence in public. She is alluded to in the Dunciad in a passage to which Pope affixed one of his insulting notes. A Pop upon Pope was generally thought to be her work, and Pope thought she was part author of One Epistle to Mr A. Pope (1730). Pope attacked her again and again, but with especial virulence in a gross couplet in the Imitation of the First Satire of the Second Book of Horace, as Sappho. Verses addressed to an Imitator of Horace by a Lady (1733), a scurrilous reply to these attacks, is generally attributed to the joint efforts of Lady Mary and her sworn ally, Lord Hervey. She had a romantic correspondence with a Frenchman named Rémond, who addressed to her a series of excessively gallant letters before ever seeing her. She invested money for him in South Sea stock at his desire, and as was expressly stated, at his own risk. The value fell to half the price, and he tried to extort the original sum as a debt by a threat of exposing the correspondence to her husband. She seems to have been really alarmed, not at the imputation of gallantry, but lest her husband should discover the extent of her own speculations. This disposes of the second half of Pope's line "Who starves a sister, or forswears a debt" (Epilogue to the Satires, 113), and the first charge is quite devoid of foundation. She did in fact try to rescue her favourite sister, the countess of Mar, who was mentally deranged, from the custody of her brother-in-law, Lord Grange, who had treated his own wife with notorious cruelty, and the slander originated with him. From WIKI

Boscovich and Maire
Boscovich agreed to take part in the Portuguese expedition for the survey of Brazil and the measurement of a degree of the meridian, but was persuaded by the Pope to stay in Italy and to undertake a similar task there with Christopher Maire, an English Jesuit who measured an arc of two degrees between Rome and Rimini. The operation began at the end of 1750, and was completed in about two years. An account was published in 1755, under the name De Litteraria expeditione per pontificiam ditionem ad dimetiendos duos meridiani gradus a PP. Maire et Boscovicli. The value of this work was increased by a carefully prepared map of the States of the Church. A French translation appeared in 1770 which incorporated, as an appendix, some material first published in 1760 outlining an objective procedure for determining suitable values for the parameters of the fitted model from a greater number of observations. An unconstrained variant of this fitting procedure is now known as the L1-norm or Least absolute deviations procedure and serves as a robust alternative to the familiar L2-norm or Least Squares procedure. From WIKI - Also, see pages 215 & 544. 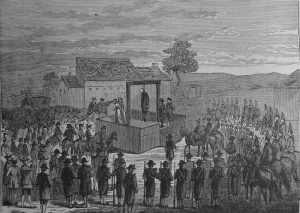 They execute their own
Cf. page 489. This same "thought" has now come from Wicks, Timothy Tox, and now Dixon.