Metes and Bounds
Metes and bounds is a system or method of describing land, real property (in contrast to personal property) or real estate. The system has been used in England for many centuries, and is still used there in the definition of general boundaries. By custom, it was applied in the original Thirteen Colonies that became the United States, and in many other land jurisdictions based on English common law. From WIKI

Shambles of Eternity
From Wiktionary:

SHAMBLES
1. a scene of great disorder or ruin
2. a great mess or clutter
3. a scene of bloodshed, carnage or devastation
4. a slaughterhouse
5. (archaic) a butcher's shop

Ordinaries
In heraldry, an ordinary (or honourable ordinary) is a simple geometrical figure, bounded by straight lines and running from side to side or top to bottom of the shield. From WIKI

The Rabbi of Prague, headquarters of a Kabbalistic Faith
The most famous golem narrative involves Judah Loew ben Bezalel the late 16th century chief rabbi of Prague, also known as the Maharal of Prague, who reportedly created a golem to defend the Prague ghetto from anti-Semitic attacks, pogroms. From WIKI Also WIKI for the Rabbi specifically.

Fingers spread two and two, and the Thumb held away from them likewise... Hebrew letter Shin... "Live long and prosper"
See this PHOTO. In his autobiography I Am Not Spock, Leonard Nimoy wrote that he based the Vulcan salute on the Priestly Blessing performed by Jewish Kohanim with both hands, thumb to thumb in this same position, representing the Hebrew letter Shin (ש), which has three upward strokes similar to the position of the thumb and fingers in the salute. The letter Shin here stands for Shaddai, meaning "Almighty (God)". Nimoy wrote that when he was a child, his grandfather took him to an Orthodox synagogue. There he saw the blessing performed and was very impressed by it. From WIKI. Also see Priestly Blessing.

Lost Tribes of Israel
The phrase Ten Lost Tribes of Israel refers to the ancient Tribes of Israel that disappeared from the Biblical account after the Kingdom of Israel was destroyed, enslaved and exiled by ancient Assyria. Many groups of Jews have doctrines concerning the continued hidden existence or future public return of these tribes. This is a subject that is partially based upon authenticated and documented historical fact, partially upon written religious tradition and partially upon speculation. There is a vast amount of literature on the Lost Tribes and no specific source can be relied upon for a complete answer. From WIKI

nautical-looking Indiv. with gigantick Fore-Arms, and one Eye ever a-Squint from the Smoke of his Pipe
Possible allusion to the cartoon character Popeye, whose motto is "I yam what I yam, I'm Popeye the sailor man". WIKI

America... had been kept hidden, as are certain Bodies of Knowledge
See below ["as above, so below"]; So here.....see Gnosticism.....see Pynchon's whole oeuvre.

parchment Coracles
The coracle is a small, lightweight boat of the sort traditionally used in Wales but also in parts of Western and South Western England, Ireland (particularly the River Boyne), and Scotland (particularly the River Spey); the word is also used of similar boats found in India, Vietnam, Iraq and Tibet. The word "coracle" comes from the Welsh cwrwgl, cognate with Irish and Scottish Gaelic curach, and is recorded in English as early as the sixteenth century. From WIKI

Book of Jonah
The Book of Jonah (Hebrew: Sefer Yonah) is a book in the Hebrew Bible/Old Testament. It tells the story of an Hebrew prophet named Jonah ben Amittai who is sent by God to prophesy the destruction of Nineveh but tries to escape the divine mission. Set in the reign of Jeroboam II (786-746 BCE), it was probably written in the post-exilic period (after 530 BCE). The story has an interesting interpretive history and has become well-known through popular children’s stories. In Judaism it is the Haftarah for the afternoon of Yom Kippur due to its story of God's willingness to forgive those who repent. From WIKI

the Secret was safe until the choice be made to reveal it
The ending of The Crying of Lot 49?....Pynchon's whole oeuvre, so to speak?

Pantograph
A pantograph (from Greek roots παντ- 'all, every' and γραφ- 'to write', from their original use for copying writing) is a mechanical linkage connected in a special manner based on parallelograms so that the movement of one specified point is an amplified version of the movement of another point. If a line drawing is traced by the first point, an enlarged (or miniaturized) copy will be drawn by a pen fixed to the other. From WIKI

'as above, so below'


This is a repeated, therefore deeply thematic, key phrase in Mason & Dixon and Against the Day. 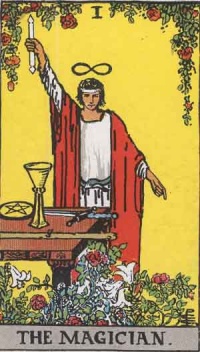 The Magician displaying the Hermetic concept of as above, so below.

The phrase "as above, so below" is from an alchemical text called the "The Emerald Tablet of Hermes Trismegistus". From WIKI: As the story is told, this tablet was found by Alexander the Great at Hebron supposedly in the tomb of Hermes... These words circulate throughout occult and magical circles, and they come from Hermetic texts. Translated as, "That which is Below corresponds to that which is Above, and that which is Above, corresponds to that which is Below, to accomplish the miracles of the One Thing". In accordance with the various levels of reality: physical, mental, and spiritual, this relates that what happens on any level happens on every other. This is however more often used in the sense of the microcosm and the macrocosm. The microcosm is oneself, and the macrocosm is the universe. The macrocosm is as the microcosm, and vice versa; within each lies the other, and through understanding one (usually the microcosm) you can understand the other.

Also, see page 417, Great Chain of Being entry, which, according to Wikipedia, could only be broken by alchemy or God (as demonstrated by the fall of Lucifer).

Occurrences in the Higher World
This was a common belief back in the day among Western religion etc. (and still is to some degree (see the Book of Revelation, for instance)), that current happenings on Earth had their roots in greater battles and greater happenings (of great importance and meaning) going on in the Spiritual Realm.

Pope halted Attila
Pope Leo I, or Pope Saint Leo the Great (ca. 400-10 November 461), was pope from 29 September 440 to 10 November 461. He was an Italian aristocrat, and is the earliest pope of the Roman Catholic Church to have received the title "the Great". He is perhaps best known for having met Attila the Hun outside Rome in 452, persuading him to turn back from his invasion of Western Europe. He is also a Doctor of the Church. From WIKI

Alexander Pope... Wasp of Twickenham
Alexander Pope (21 May 1688 – 30 May 1744) is a famous eighteenth century English poet, best known for his satirical verse and for his translation of Homer. He is the third most frequently quoted writer in The Oxford Dictionary of Quotations, after Shakespeare and Tennyson. Pope is famous for his use of the heroic couplet... The money made from the Homer translation allowed Pope to move to a villa at Twickenham in 1719, where he created his now famous grotto and gardens. Pope decorated the grotto with alabaster, marbles, and ores such as mundic and crystals. He also used Cornish diamonds, stalactites, spars, snakestones and spongestone. A number of mirrors, an expensive luxury in the Augustan age, were also placed around the grotto. A camera obscura was installed to delight his visitors, of whom there were many. The serendipitous discovery of a spring during its excavations enabled the subterranean retreat to be filled with the relaxing sound of trickling water, which would quietly echo around the chambers. Pope was said to have remarked that: "Were it to have nymphs as well – it would be complete in everything." Although the house and gardens have long since been demolished, much of this grotto still survives. From WIKI

"Thoo are-"
Here Dixon realizes he is talking to the one-and-only Timothy Tox, author of Pennsylvaniad. Tox ends up being the "queer, uncollected sort of Townsman, who's been drinking so far in silence" from the previous page.

the Highland Forty-second
The 42nd (Royal Highland) Regiment of Foot was an infantry regiment of the British Army. The regiment's lineage could be traced back as far as the 1660s, when independent companies of men were formed to police the Highlands by the local clan chiefs. From/See WIKI

There was an allusion to current (novel-wise) Highlanders being stationed around Lancaster during the Paxton Boys Massacre, yet they did nothing; See page 304.

Who is this King that fires upon his own
From Tox's Pennsylvaniad, though I seem to remember Wicks at one point voicing this same thought (can't recall the page), possibly first enlightened to him by the smooth poetry of Mr. Tox? 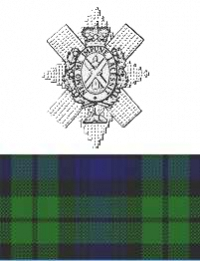 Fort Loudon
Fort Loudoun (or Fort Loudon, after the modern spelling of the town) was a fort in colonial Pennsylvania, one of several forts in colonial America named after John Campbell, 4th Earl of Loudoun. The fort was built in 1756 during the French and Indian War by Pennsylvania militia, and served as a post on the Forbes Road during the Forbes expedition that successfully drove the French away from Fort Duquesne. In 1765, following Pontiac's Rebellion, settlers upset with the resumption of trade with Native Americans forced the British garrison to evacuate the fort, part of an uprising known as the Black Boys Rebellion. From WIKI

Prague
Prague is the capital and largest city of the Czech Republic. Nicknames for Prague have included "the mother of cities" (Praga mater urbium, or "Praha matka měst" in Czech), "city of a hundred spires", or Stověžatá Praha in Czech and "the golden city" or Zlaté město in Czech. From/See WIKI